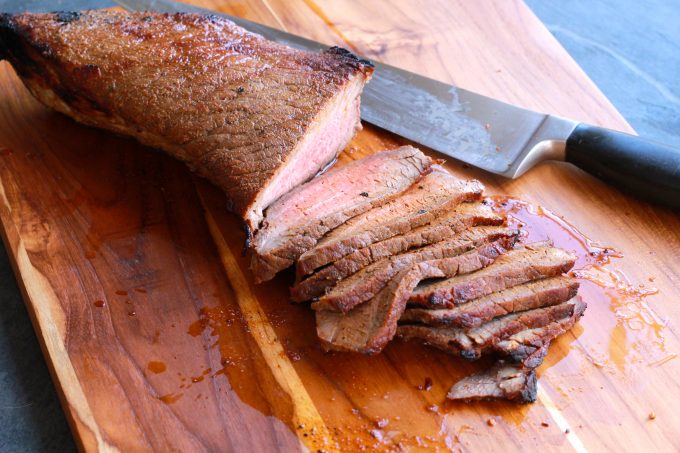 This is our go-to, ready-in-20-minutes beef dinner.  You can make it with London Broil or flank steak: both are leaner than many other cuts of steak, (relatively) moderately priced, and especially tasty.  Along with all that good meaty flavor, these steaks have some chew to them, so they are best served at medium rare. Cooked to medium, they get tough.

If you happen to cook for a “mixed” household, where some people like their meat red and rare and other want it gray and well done, here’s a neat trick for satisfying everyone without making the steak too chewy.  After you slice the steak, put enough slices for the well-done people back under the broiler  for a minute or so– just long enough that the cut surface is no longer pink. You won’t have cooked it through to the point where it is impossibly chewy, but it will no longer be pink. (Note that if you were to put an unsliced portion of the steak back under the broiler, you would have to cook it much longer for it to lose it’s pink color. )

Please note that this recipe is ideally suited to grilling as well as broiling, and the total cooking time will vary based on how far your broiler pan or grill rack is from the fire. Use a thermometer to guarantee the steak comes out exactly as you like it.