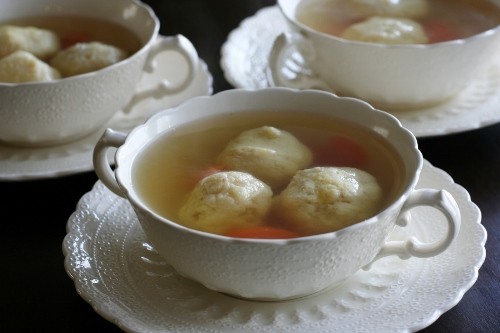 My Grandma Jennie lived to be 109, in large part because no germ or disease dared come near her. Grandma was at her imperious best at Passover and Thanksgiving, two holidays laden with traditional foods that she (and only she) made the right way.

With Grandma at the table waiting for the meal to be served, my mother fussed and hustled, trying to get everything to the table “piping hot” enough to pass Grandma’s test. Just as some mothers feel their children’s foreheads for fever, so would Grandma wrap her palm around the soup bowl in judgment.

Even if the soup were hot enough, it still might not pass muster. Every year, my Grandmother informed my mother that she had used too many parsnips and the soup was too sweet. I remember clearly the first time she complimented my mother on the soup:  the pleasure on my mother’s face and the way her brightened eyes met my father’s, way down at the other end of the table. I believe it may have been the same year my grandmother finally relinquished the Making of the Matzo Balls, sometime after she hit 90.

But long before that, I grilled Grandma on her technique. I stood by her side as she showed me how it really should be done, and I took notes. Grandma’s matzo balls were divine, and I loved her soup. But I loved my mother’s soup more.

I have tinkered with it over the years, and allowed it to evolve, but at heart, it is still my mother’s soup. And as my mother taught me, it can be weeks ahead and frozen, or two days ahead and refrigerated.

Grandma Jennie, the Doyenne of Doing it Right, taught me that you can freeze matzo balls. Shocking, isn’t it? If anyone other than Grandma had told me it could be done, I surely wouldn’t believe it. These matzo balls have just enough heft and chew that you know it is truly a matzo ball and not a mouthful of matzo flavored air, but are light enough that three in a bowl of the deeply flavorful, slightly sweet soup still leave room for the meal ahead. 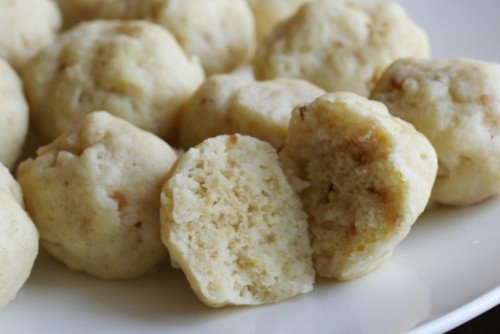 To make the broth:

To serve the soup:

To finish the soup: 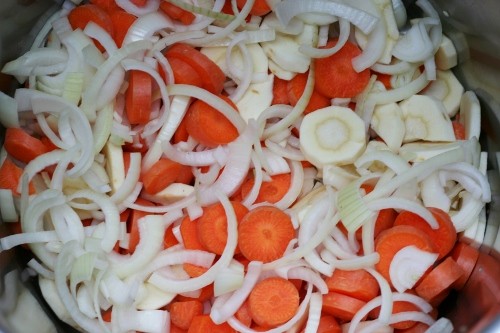 Start with a slew of carrots, onion and parsnip in the bottom of the pot... 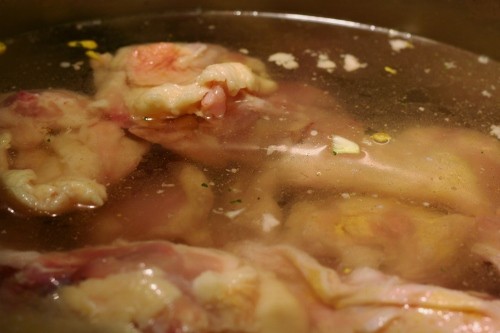 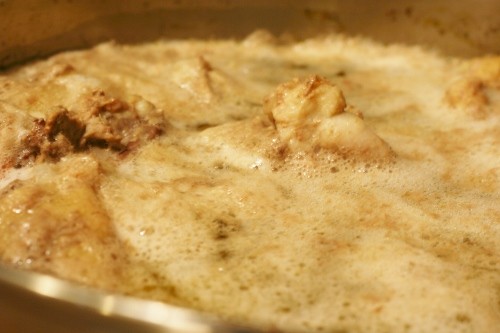 ...skimming off any froth that develops. 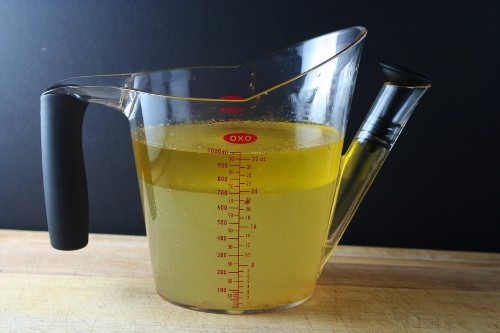 After discarding the solids, remove the fat with a separator like this, or by refrigerating overnight

…And you have richly flavorful, golden chicken soup.

Now for the matzo balls. Matzo ball mix is basically matzo meal plus sodium bicarbonate, which helps keep the matzo balls light. Grandma Jennie did not add oil or schmaltz to her matzo balls, and I agree that fat does not enhance their flavor or texture. 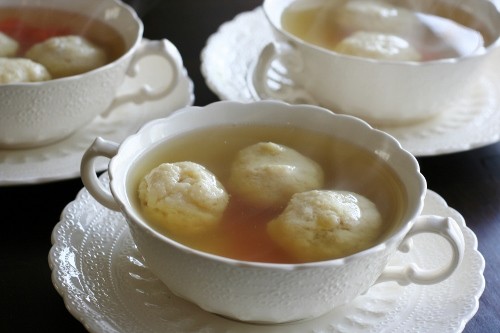