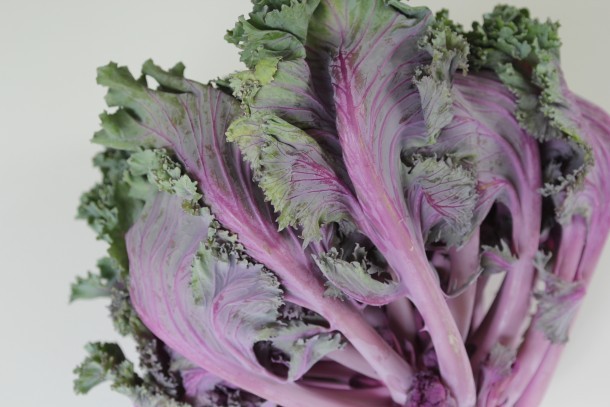 Kale is the new arugula. It’s on every menu and in a whole lot of home kitchens. But I was getting confused by the names of the different varieties, so I called my friend Robert Schueller at Melissa’s Produce, and asked him to run through a bunch of them with me. He did better: the very next day he shipped me a carton of kale varieties to play with. 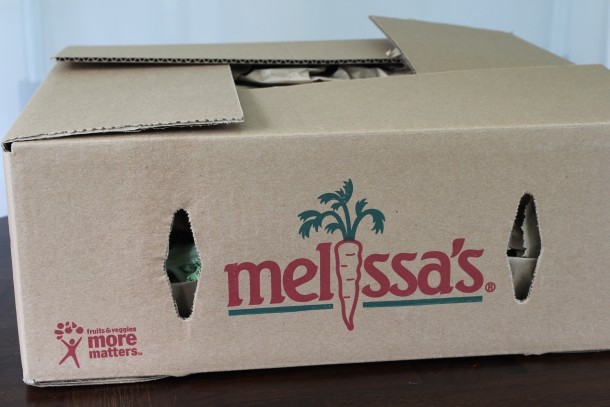 I took pictures and labelled the varieties, and tasted them raw and cooked. It was Kale 101, with Robert acting as my “distance learning” Professor of Produce.  Here’s what I learned.

When the recipe calls for kale, but doesn’t specify a variety, in most cases you should use common curly kale, which looks like this: 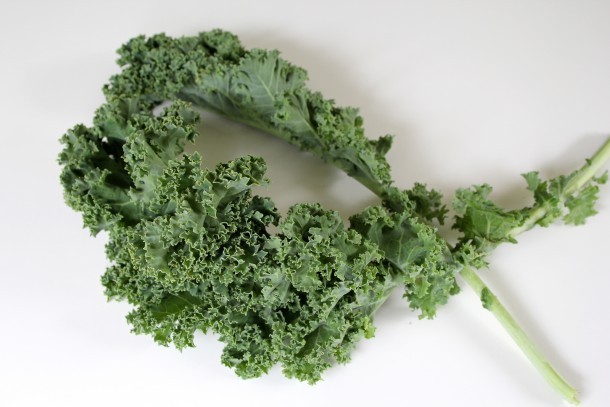 Common kale looks like it could be a ruffle running down the front of a blouse; the leaves are elongated but bunched up and frilly. The flavor is peppery and assertive, and can have a pleasantly bitter edge. As leafy greens go, curly kale is fairly tough and chewy, which is why most people prefer eating cooked kale over raw. Remove most of the woody stem. (Some cooks chop the stems finely and add them to soups and stir fries. I don’t.) When common kale is raw or undercooked, it is chewy, and when overcooked it has the same off-putting odor as many other members of the cabbage family. Cook it until the color is bright and the leaf is just tender. 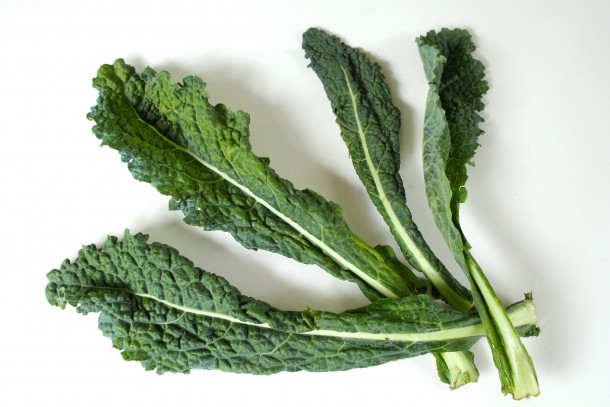 This is the “It Girl” of kale. She goes by several names, all of which match her exotic good looks. She is known as Lacinato, Tuscan, Black or Dinosaur kale. Long, thin and often gracefully curved leaves are more tender than those of common kale, and do not have the customary bitterness. The stems are less woody and fibrous, and these I will throw in a stir fry or soup. These are great for making kale chips, by the way. (You can make kale chips with any variety, but I like that these turn out milder and have a nice, flat shape.) 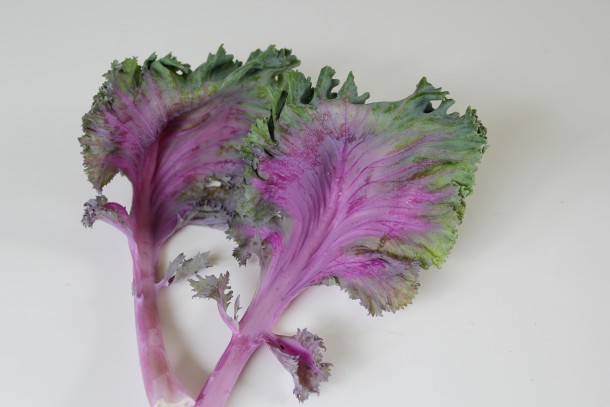 I think purple kale is the most beautiful variety. Too bad it’s beauty is only skin deep. This gorgeous kale does not make the best eating– unless you are going for an assertive cabbage like flavor. It is often used to garnish platters, and it does an upstanding job of that. It also comes in white: 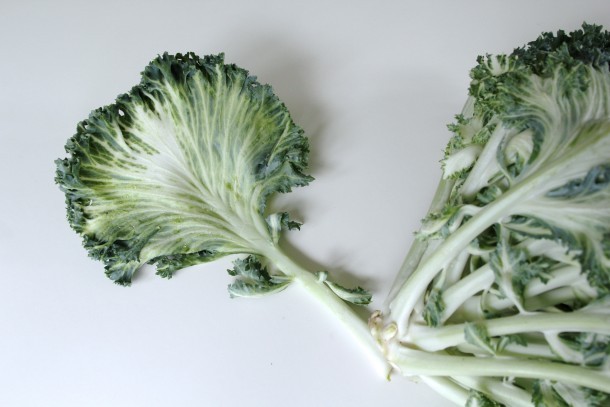 White kale is also beautiful, but has the same peppery edge as purple kale. I will use it as a  substitute for cabbage, an edible garnish, or to mix in a dish with other ingredients, but I would be unlikely to simply cook it in a little olive oil with garlic, the way I would with curly or Lacinato/Dinosaur/Tuscan/Black kale.  (Boy, that’s getting annoying to type. I wish we could just all decide which name to use and leave it at that).

Nutritionists love kale: one cup has 36 calories (but only if you eat it plain, which is unlikely); 94 mg of calcium, supplies more Vitamin K than you need in a day (which means it’s good for your bones); tons of Vitamin A (great for your skin and eyes); and gobs of other good stuff like Vitamin C, manganese, fiber and copper. It is great for your eyes, thanks to the presence of lutein and zeaxanthin and , like all cruciferous vegetables, may help lower levels of the harmful estrogens that promote hormone-related cancer cell growth.

Kale is even better after it has experienced a little frost, so we’re coming in to prime kale season. And now you are ready. Go cook kale.

Here are some recipes to get you started:

« Chicken with Apple, Sweet Potato and Spinach: A Satisfying One-Pot Meal
Couscous with Edamame, Olives and Apricots For “Mixed” Families »