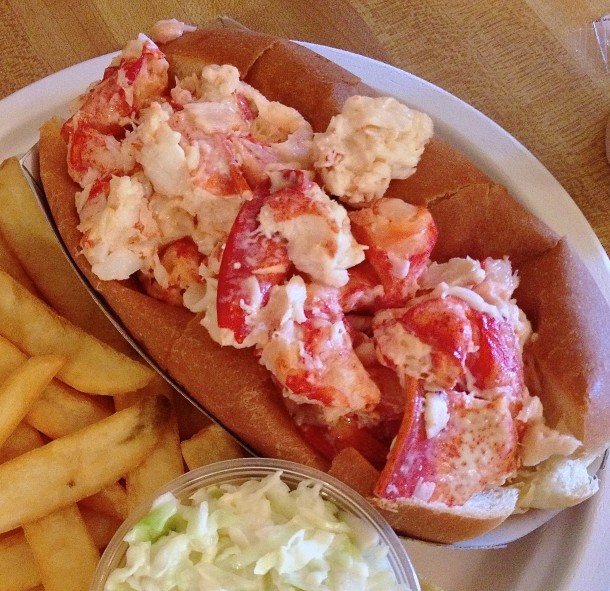 We’ve just come back from Cape Cod, where Ebo and I ate an average of one lobster a day. We didn’t have lobster every day, but one of us had two lobster rolls a few times, so… do the math.

I have already written about our romantic attachment to lobster and  how to make the perfect lobster roll. But more people eat lobster rolls out than make them at home– and on the Cape, it’s hard to travel one mile without passing at least one place (if not a bunch) that serves them. Not all are lobster rolls here are great, but many were pretty darn good. (The “good” percentage of lobster rolls was higher on the Cape than what we found on a lobster roll tasting tour of the Maine coast, which you can read about here. But we are willing to give Maine another shot in the interest of science.)

Just to be clear, the three defining characteristics of a perfect lobster roll are:

* obviously: sweet, tender, juicy lobster meat that is not chewy from over cooking, mealy from too much contact with acid nor fishy from spending too much time on earth.

* a top split, lightly toasted and buttered hot dog roll. I want to cry when I get perfect lobster on a white, doughy roll. It is a sin, and I think the perpetrator deserves jail time. Show me the crunchy golden toasty surface!

* no extra stuff with the lobster. No green, no crunch– just lobster, barely held together by a touch of mayonnaise. We like to say that the lobster has only glanced at the jar of mayonnaise before heading to the table. Think of mayo like salt; a condiment to enhance the flavor and texture of the lobster, not to distract from it.

We found the lobster roll that met these criteria– and was even generously sized. For the best lobster roll on Cape Cod, head to PJ’s Family Restaurant in Wellfleet, where you will experience lobster roll nirvana.

Here are some of the other pieces I have written about lobster (both here and for magazines). Several include recipes:

How-to buy, store, cook and eat lobster in Coastal Living (with a bunch of lobster recipes)

My recipe for Lobster Risotto, voted as one of Cooking Light’s best 25 seafood recipes

The Lobster Love Story: how I met and fell in love with my husband (and why I call him Ebo)

(…and there are more, but that should keep you busy for a while) 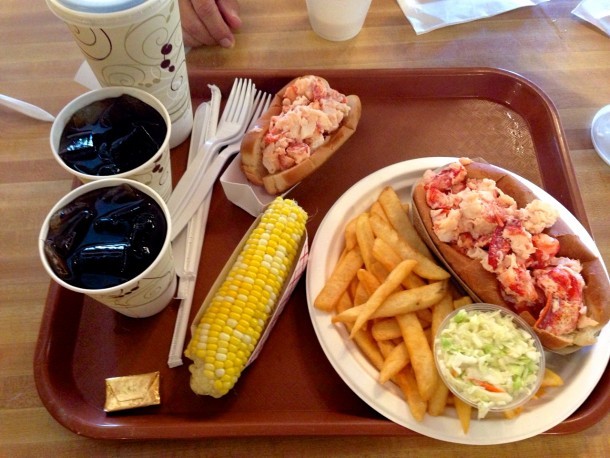 Worth noting: my lobster roll is on the top left of this photo, and contains about 5 ounces of lobster meat. (Large by NYC standards.) Ebo’s roll is that honkin’ big one on the right: it holds about 12 ounces of meat. He ate the whole thing. For lunch. (He claims I had two bites, but I don’t remember that…) 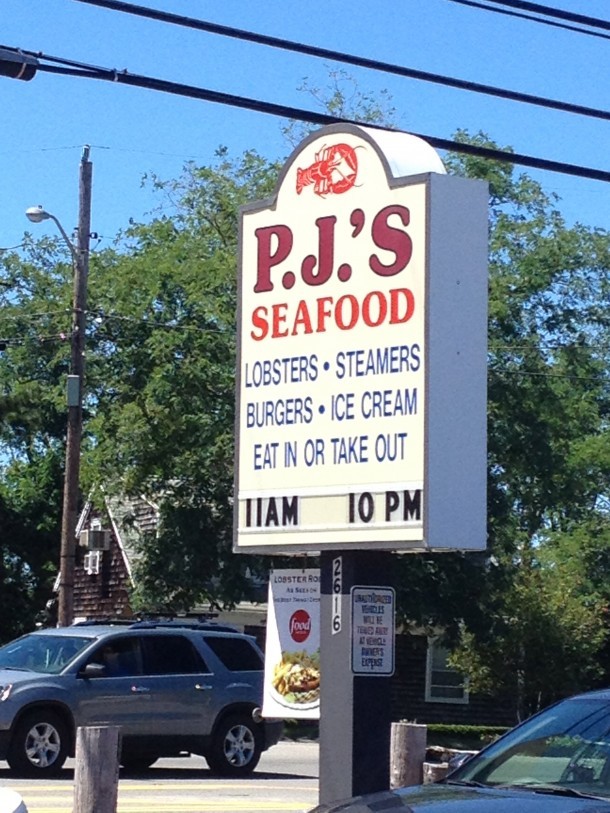