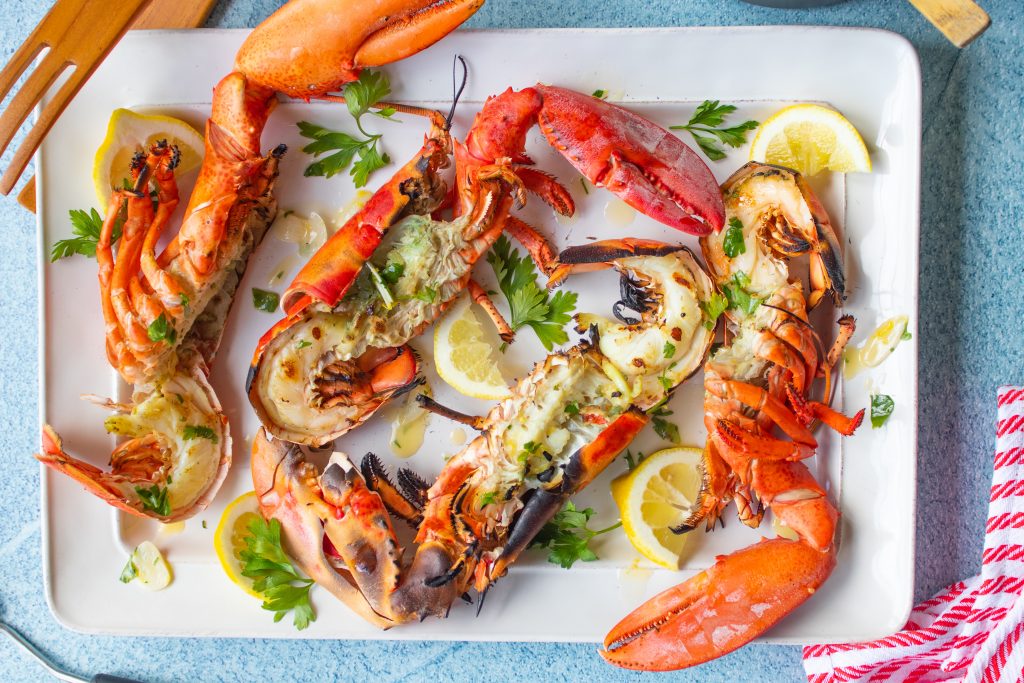 At the end of the beach day, when we feel sun-baked and sandy– and showering might cause us to miss that hour when the sun drops down just a little bit and casts a golden hue that makes us look as luminous as we feel– at the end of the day, we could throw some lobsters in the pot, but take care of the rest later.

Pour yourself a glass of crisp cold white and put that big pot of water to boil. When the time comes, look away and add the lobsters head first, then jam the cover on the pot as soon as they’re all in. Eleven minutes later, transfer the bright red creatures to a bowl. Perhaps now you might shower, while our hard-shelled friends cool. Later, when you come back down feeling clean and languorous (one glass of wine after a day in the sun can do that) hand the corn out to be husked, slice the tomatoes and dress them– oh, and light the grill.

Split the now-cold lobsters lengthwise in half, and when the grill is good and ready, char them just a couple of minutes on each side– enough to warm them a bit, but mostly to give them the wonderful flavor of fire. All that’s left is to drizzle plenty of lemon garlic butter over them, pour more wine and sit outside to eat.