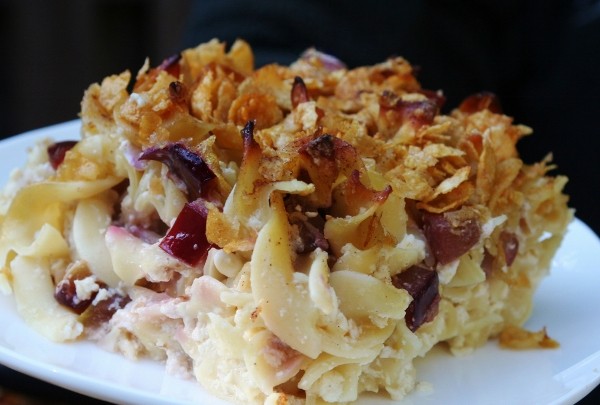 This past weekend was Yom Kippor, the Jewish Day of Atonement.  Jews traditionally fast on Yom Kippor in order to cleanse their minds and bodies; to purge wrong-doings away. At least that’s the way I understood it all these years. But I am actually the last person to talk to about the deeper meaning of the holidays, because to me they are mostly about the food.

Yom Kippor is more about Not-Food than food—but, as dieting has taught so many of us, there is nothing like knowing you can’t eat to make you think about food. Years ago, I realized I was fasting for all the wrong reasons (I thought more about the potential weight loss than atoning), and decided to pay tribute to the holiday in my own way.

There is a Jewish custom called tashlich. At Rosh Hashana, the Jewish New Year (celebrated a little more than a week before Yom Kippor), one goes to the river and casts one’s sins, symbolized by bits of bread, in the water. I learned about this when my kids were young, and decided to do it our own way.

Rachel and Zak were 9 and 7 years old when we first went to the Hudson River on Yom Kippor. We each gathered small rocks* and, standing several feet apart, thought about the year behind us: what could we do better or differently.  We reflected on our behavior in a deeply personal way; we allowed ourselves to admit our weaknesses and acknowledge our missteps.  And for every one of those, we threw a pebble in the water. As it disappeared in ripples of the murky river, new and better possibilities lay ahead.

When we were finished, we would take turns pairing up with each other to talk about anything between us that needed to be cast away. These were not apologies, they were a way of taking responsibility and pledging to do better.

In that first year of being a single mother, I watched and controlled the kids too carefully; I held them in an iron grip of love and fear. I told them, down at the river, that I knew I needed to give them more space. They told me it was okay, that they knew it was because I loved them and needed to be sure they were all right. I was so proud of them: not just for that, but also because they took on the adult task of self-examination and very seriously made their pledges back to me and to each other.

Several years later, it was a sign of acceptance when (after we’d been dating for some time) Ebo was allowed to come to the river with us. We adjusted to being four and not three, and they had their private time at the river with him, too.

Some years went better than others. When Zak hit his early teens, he made a game of how many rocks he could gather and how far he could throw them. But even when he was teeming with testosterone, he managed to reach into his mind and soul long enough to find what he wanted to cast aside.  And in Rachel’s teen years, more than one of these conversations was accompanied by a torrent of tears– but like Zak’s rock-throwing contest, her tears did not detract from the importance or meaning of our ritual.

Yom Kippor fell on a weekday Rachel’s first year at college, and I knew she wouldn’t be coming home. It was yet another step in the separation, I told myself, and high time I got used to it. The day before that first Yom Kippor apart, she called and said she was going to a river near school. We set a time when I would be at the river here and she at her river there and we would be together on the phone. Then she told me she, too, would be at the Hudson River, miles and miles away. We shared the same water as we spoke on the phone and promised each other our special promise that year.

Last Yom Kippor, both kids were in college and I was in Ireland, far from them and the Hudson. I yearned for my children, my community, and the river. Ebo and I found a body of water in Cork, Ireland. We told a  young Jewish woman who was on the trip with us about our unorthodox way of marking the day and took her to the river with us. While there, we were able to reach both kids by phone. I held my children’s voices in the palm of my hand, cast my mistakes in the river, and pledged to never be away from home on Yom Kippor again.

This year at home I had Rachel back. My brilliant and nearly perfect daughter is in graduate school nearby and working part time, which means she is broke enough to have to live at home. (Lucky me!) She came to services with me (oh, happy day!) and the next morning we headed to the river and shared our ritual.

One of Rachel’s favorite dishes in the world is noodle kugel. This kugel is one that would traditionally be served to break the fast when Yom Kippor ends at sundown. Since we don’t fast, this is simply Rachel’s Plum Kugel, made with love for my beautiful daughter.

PS Next year I’ll atone for my boasting.

*I chose rocks over bread because it felt like we were casting parts of the river back into itself, and not changing nature with our actions.

2. Cook the noodles according to package directions in plenty of lightly salted boiling water. Drain.

4. Crumble the cornflakes into 1/4-inch pieces. Combine with the remaining 1/4 teaspoon salt and cinnamon and sprinkle evenly over the noodles. Drizzle with the melted butter and bake 60 minutes until the casserole is bubbling at sides and set in the center. Let cool slightly before serving. Makes 12 servings.