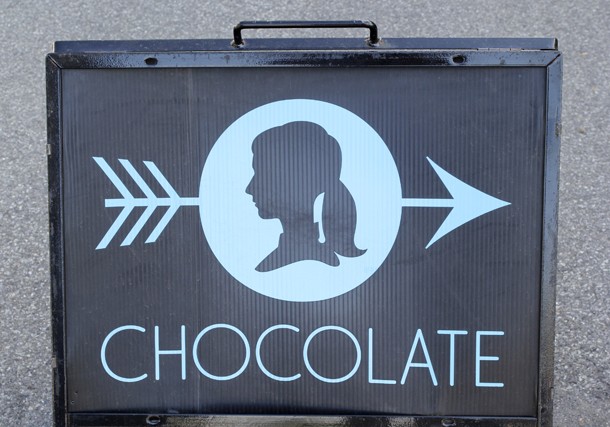 ‘Twas Memorial Day weekend, and therefore the annual celebration of my beloved’s birth. Our plan was to fly into Memphis, pick up a rental car and drive down along the Mississippi Delta all the way to Jackson, listening to Mississippi blues and eating Delta hot tamales.

United Airlines apparently felt we should stick closer to home and cancelled our flight. We sulked that night over the most New Jersey meal we could come up with: Ebo had veal parm, I snarfed down thousands of calories worth of linguine with clam sauce (white, obviously) and we drank a bottle of Chianti. This is how food professionals sulk.

The next day we decided to do another food road trip I had just written about in the same story for Every Day with Rachael Ray. (There were five food road trips in the story: Hudson Valley chocolates, Wisconsin cheese, California olive oil, Michigan cherries and the aforementioned Delta tamales). We got in the car and headed up the Hudson to do the Chocolate Trail.

* It is the oldest winery in the United States.

* Despite the name, the winery is not now and has never been owned by a religious group. It was owned by two brothers who were wine merchants.

* But…religion is the reason the vineyard survived prohibition. They did that by selling their “sacramental” wines for religious purposes. Yes, I am also a devout wine drinker.

Here is what is not interesting about Brotherhood Winery: the wine. We headed to Lagusta’s Luscious in New Paltz, NY, where I would finally get to meet the lovely Lagusta. While researching the story, we had tasted her chocolates, I had seen pictures of her and read her blog, but I was still unprepared for how very pretty and very lovely she is. And oh, those chocolates… (Girl crush!) 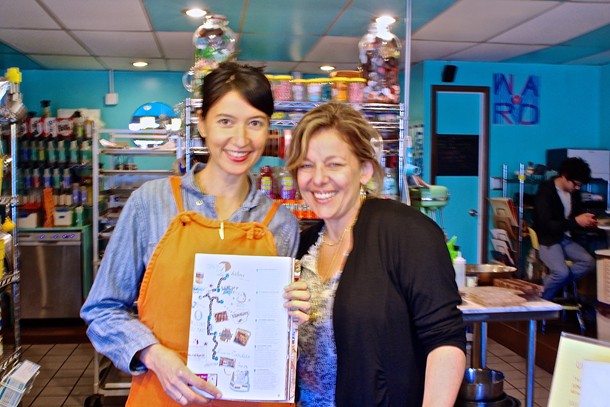 (Please note: the photo quality — or lack thereof– can be blamed directly on the photographer’s chocolate-induced state of euphoria)

Lagusta’s chocolates are 100% vegan, which you wouldn’t notice had I not told you. As you can imagine, that is of no interest at all to my barbecue lovin’ hubby…but I believe he was every bit as smitten by Lagusta as I was. Particularly after she fed him her spectacularly creamy, rich iced hot chocolate. He looked very sad when his cup was empty. 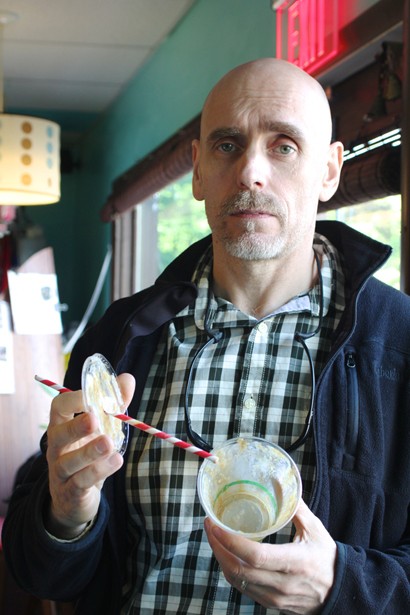 But Lagusta made him happy again when she gave him a bag filled with all kinds of treats for him to sample. 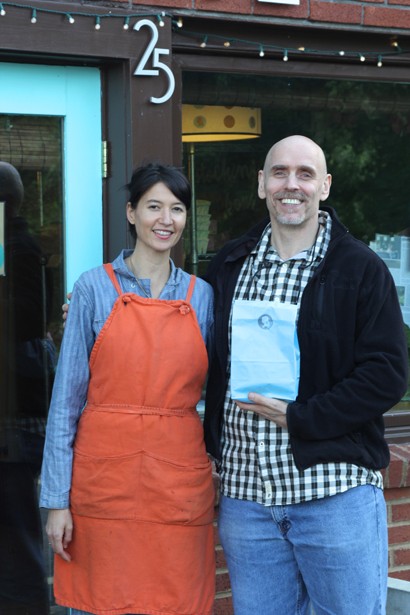 Jut as we were about to leave, I turned to wave goodbye and saw that Lagusta was engaged in conversation with a species well-known around these parts: the Shirtless Aging Hippie. (We are, after all, just a few miles from Saugerties and Woodstock). 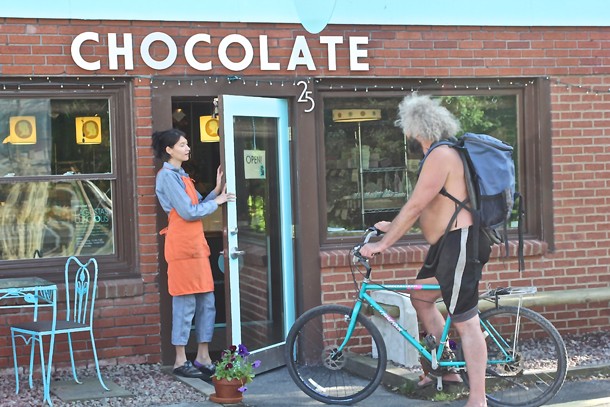 Speaking of Saugerties, that was our next stop: to visit Lucky Chocolates.

Previous Post: « In the mood for ‘Cue: Homemade Cherry Cola Barbecue Sauce
Next Post: Birthday Present for my Mother »