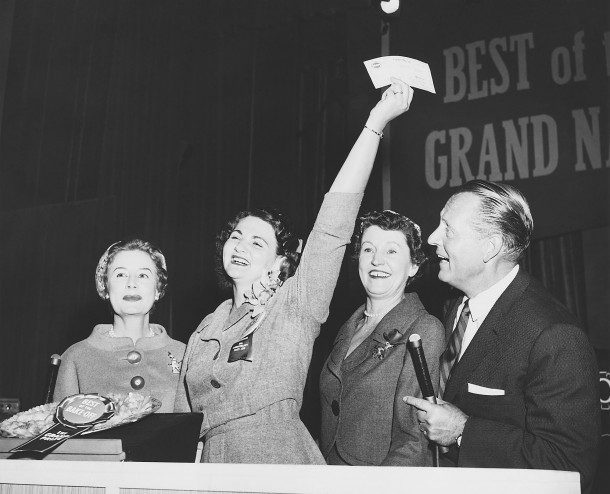 Can a recipe really be worth a million dollars??

Thanks to the Pillsbury Bake-Off, the answer is yes. This year I was part of a team of twelve judges who would decide which of the 100 finalist recipes deserved the prize.  The process was fascinating, full of integrity, and required a year of complex logistics management by the team at General Mills.

Here’s how it worked. Twelve of us were met at the airport and shuttled separately to the hotel. We convened the evening before the contest in a private room where the ‘rules of engagement’ were reiterated; we then toured the massive cooking arena filled with 100 kitchen stations equipped with GE appliances (GE was one of several sponsors) and very cool signage by Nashville’s iconic printmaking and design shop, Hatch Show Print. (You should look at their website and make your eyes happy.)

We met early the next morning and were escorted to the judges room, where one of our first jobs was to turn off our cell phones. Security was serious: the only time we left the room was to go, accompanied, to the restroom. Security guards were stationed near by to be sure no one else could approach us. (Not that anyone tried, but with one million dollars at stake, you never know).

The judges’ room was divided into four sections, one for each of the contest categories: dinners, snacks and sides, desserts, and breakfasts. As the contestants completed cooking their dishes, the food was immediately brought to one of the judges’ areas, and the three judges for that category silently looked, smelled, touched and tasted each dish and then filled out an extensive tasting sheet.

Every recipe was assessed many times. First, the judges in the category reviewed them without discussing it with each other; next we went through the entire group as a team to vet our final choices in our specific category; finally, all twelve judges convened to share  thoughts on all the dishes as a single group.  I am not sure how many dishes we each tasted over the course of the day, or how many times we tasted the dishes that made it past the first pass. But all twelve judges took very seriously that there was a million dollars at stake, and gave each and every recipe careful consideration. We tasted and re-tasted. We discussed and re-discussed. We went over and over the finalists until we had complete agreement on which the top four would be.

We were very full.

If all this seems like a lot of fuss over simple recipes, consider the ways the Bake-Off recipes both reflect and influence the story of the American table. Some of the dishes that hundreds of thousands of home cooks make and serve were created for the Bake-Off. At times the winning recipe gave rise to the availability of “new” ingredients and cookware.

* We can thank the Tunnel of Fudge cake for the popularity of the bundt pan: following the publication of the finalist recipe in 1966, Pillsbury was flooded with over 200,000 phone calls asking for help locating the pan. 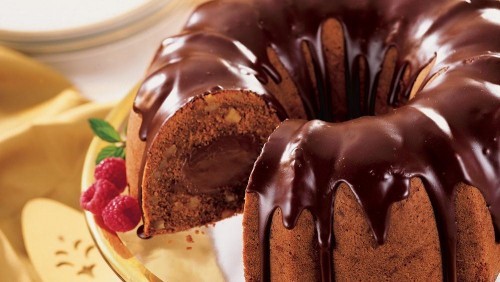 * Open Sesame Pie, in 1954, led to the widespread availability of sesame seeds in the US. 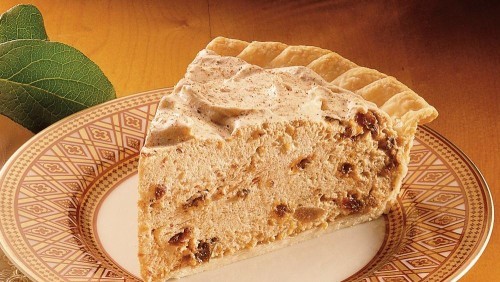 * Those irresistible peanut butter cookies with the Hershey’s Kiss on top (Peanut Blossoms) started their journey to glory at the 1957 Bake-Off, and, like so many Bake-Off recipes, are made in kitchens around country (including mine!) to this day. 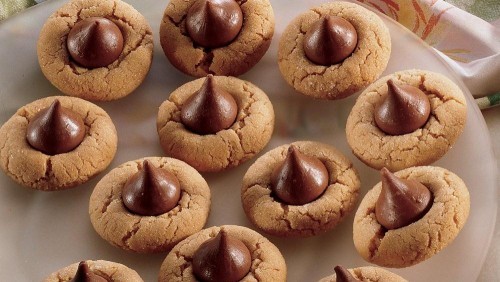 At the end of our long day of judging, we attended the Finalists Award Ceremony, at which the four finalists were announced by the engaging, warm and funny Carla Hall. The vote was then open to the public, and a month later, she announced the $1 million grand prize winner on The Chew. (You can watch it here.)

And now, finally, here is the recipe that won $1 million dollars at this year’s Pillsbury Bake-Off: Peanutty Pie Crust Clusters 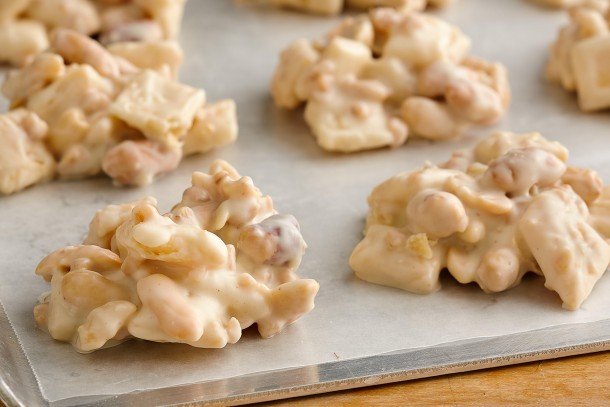 All photos (with the exception of the one below) and recipes are courtesy of General Mills and the Pillsbury Bake-Off Contest. In exchange for my services as a judge at the contest, my transportation, hotel and meals were paid for by Pillsbury. 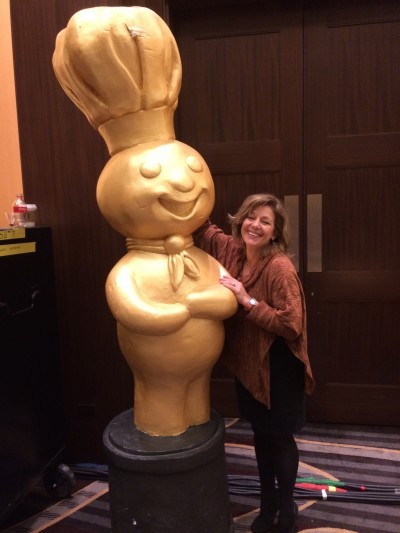