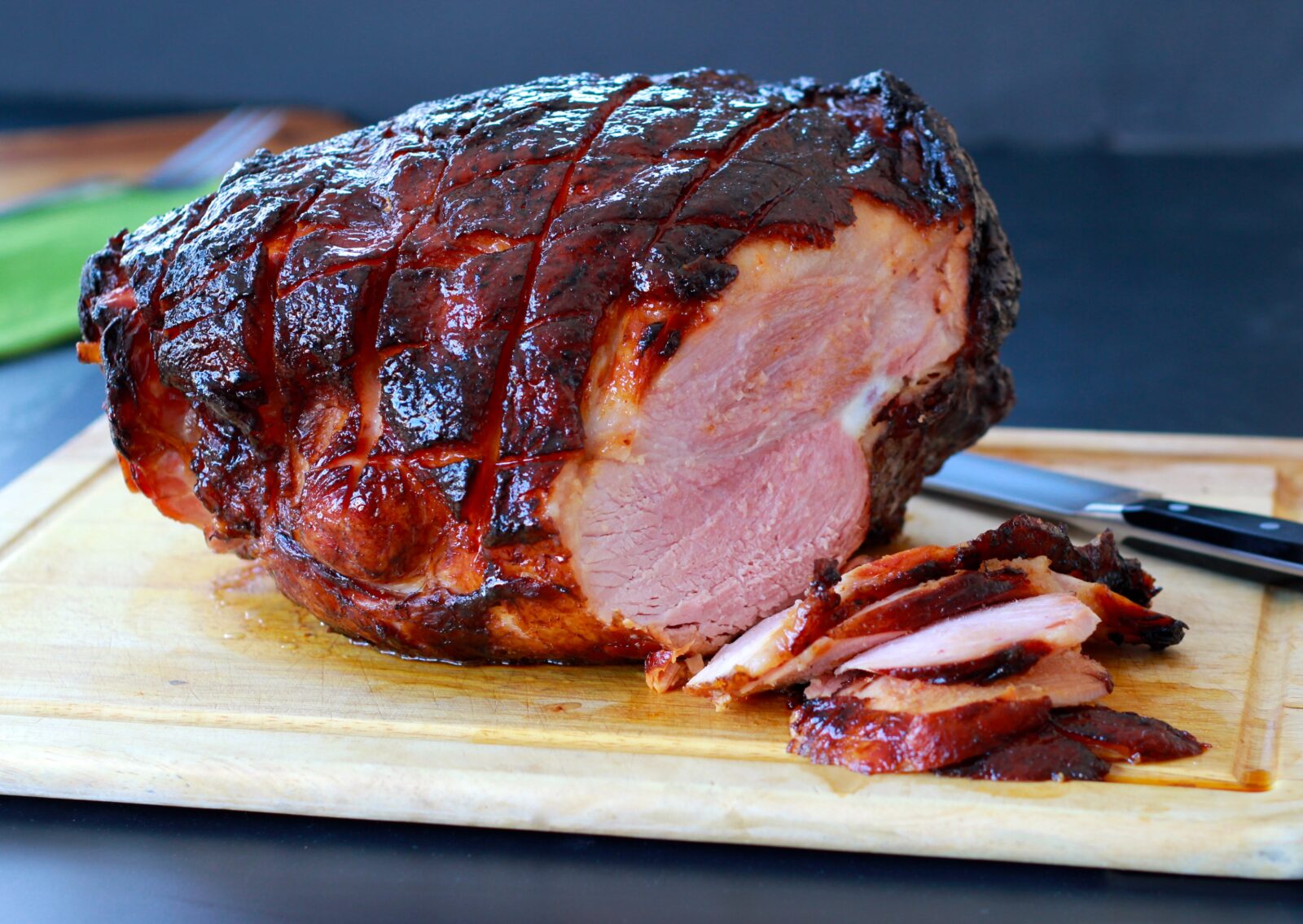 I eat beyond my means. If I had to pay for every bite that goes into this spoiled little mouth o’ mine, I’m not sure I could keep my dogs in kibble.

Case in point: not only did we have Kurobuta ham for Christmas, we also had it for dinner and several lunches last week, and we’ll serve it again on biscuits with cheddar and chutney for my son’s engagement party (for 60 people!) in a couple of weeks. Oh, and there is Easter in between. (I think our multi-cultural household will refrain from serving it at Passover.)

At the risk of sounding like an ad for the company– and this is not: they pay us to develop recipes for them, not hawk their products– we should tell you why we love the ham as much as we do. It comes from Japanese Kurobuta, or black hog, pork. These heritage breed Berkshire pigs are humanely, slowly raised on small farms (no hormones, of course). All of that is very important, of course, but ultimately, the flavor and texture have to be worth the effort and resulting price– and they are. While most grocery store hams are plumped up with sodium and extenders, this is entirely different. The pork gets its flavor and texture from marbling and a light smoke over hardwood. The careful, thoughtful process really shows in the end result.

Here is the recipe we developed for Snake River Farms. You can also use this recipe on a regular ham and it will be delicious. (Just not quite as delicious).

Print Recipe
Ginger Ale, Brown Sugar and Rum Glazed Ham
The recipe can easily be cut in half, in which case the cooking times for both the glaze and the ham will be significantly shorter.