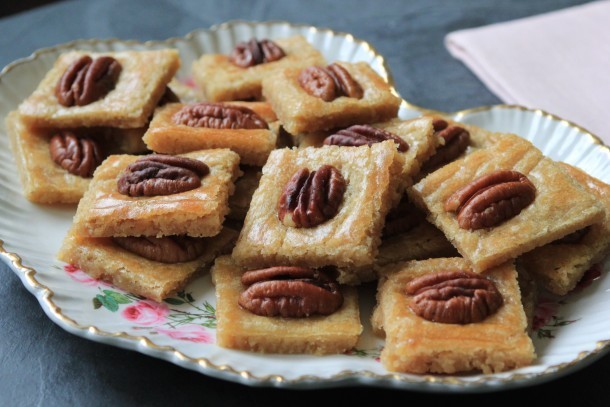 On the third or fourth warm day of spring, before flowers have bloomed and leaves have re-populated the trees, the sweet grassy smell of warm air and tiny buds comes through my window. I smell this once a year, every year, and when I do I think of a small moment of life, a moment with no significance at all, except that it is imbedded in me.

My two sisters and I are upstairs with our mother in her bedroom. All the windows are open and we can hear birds; but mostly, I feel and smell the warm air from outside. My mother is sitting on the floor, her little red Chinaman pin cushion next to her knee and a straight pin in her mouth. It is my turn, and I am standing in front of her while she pins my pedal pushers to the right length. Barbara is sitting on the bed, her long legs swinging (probably hoping to kick little Cynthia “by accident”). We are bored. But this is what we have to do when it feels like this outside. Because Mommy says.

She pins all our new clothes. Soon they will be in our drawers and we will be allowed to wear shorts and tops with no sweater. And then school will be over and we will be able to go to the beach and swim. She will pack lunches for us every morning to bring to day camp on the beach. She will also pack a bathing suit in each of our bags (we wear one on the bus under our clothes), plus a complete change of clothes and a towel. There was never any fuss or flurry about this– I certainly never gave it a thought. She just did it. Like hemming all our clothes; driving us to art, music and ballet lessons; making us dinner every night; and making sure we felt safe and loved.

This is a story about mothers and their cookies. The first mother went by the name of Jennie, and she spent most of her adult life running from her childhood. As a child she was poorer than poor; too poor to be properly educated. But she was smart and quick and good looking. As a young woman she became a bookkeeper, learned proper manners, how to dress, and how to tell the difference between grades of linen. A handsome man spotted her walking down Boylston Street in Boston in her smart blue coat and matching hat, the story goes, and picked up his pace to meet her. He courted her, and while she played hard to get she probably was not– at least not for a good looking fellow like him who came from the kind of family he did.

They married, moved to New Haven, Connecticut and had a son; six years later their daughter was born. The children were looked after mostly by the Irish maid; Jennie was busy with her friends and Mahjong; with her fashionable travel and doting on her husband. When she wasn’t taken up with all that, Jennie loved to host elegant dinner parties, and she loved to cook. Her desserts were especially renown; her crusts were always flaky and buttery, her strudel layers impossibly thin and light; and her puddings rich and luscious. Jennie was a far better baker than mother.

When the daughter, Jane, was in her early teens, catastrophe struck the household: beloved husband and father Morris became ill. He died when Jane was sixteen, leaving her alone with Jennie and the help.

Jane, like her mother, could add an entire ledger sheet of numbers in her head faster than most of us could punch them in a calculator. She made her way through high school, scoring good grades but never her mother’s approval. Upon acceptance to college in Boston, she bought her mother a gold watch and left. Jane flourished in Boston: she got good grades, dated and had many friends. When she got pinned to a dentist, she even (for a time) had her mother’s approval.

But then Jane met Bernie, who was not a dentist, and they fell in love on their second date. They married, and the children came: three little girls in five years. Jane had everything she could possibly want– except her mother’s approval. Just as her mother had done, Jane created a home filled with all the things her that were missing in her own childhood; warmth and laughter and hugs and playtime.

Jane learned to cook, although she could never catch up to Jennie. No one could, of course. The worst was the holidays, when Jane would try to create traditional dishes and  get it all wrong. (Bernie and the girls didn’t think so, but what did they know?) Jane liked baking cookies with her girls more than she liked cooking for dinner parties. Jane was a better mother than she was a baker.

For many years, Jennie would bring cookies when she came to visit. As she got into her late 80s and 90s, her baking petered out. By then, Jane had gained the confidence that comes with decades of experience. One day, shortly after I had moved into a new house, she came to visit, and unabashedly brought with her a box of cookies she had baked: Jennie’s Pecan Butter Cookies.They were better than Grandma Jennie’s, thanks to the ingredient Jennie had never learned to use.

1. Preheat the oven to 350°. Cut a piece of parchment paper to fit a large baking sheet pan.

2. Beat the butter until soft and light; add the sugar and beat until fluffy. Add the flour, 1/2 cup at a time, beating after each addition, until it is well-combined.

3. Place the piece of parchment on your counter . Form a ball with the dough and place it in the center of the parchment paper. Top with a large piece of plastic wrap and gently work the dough (through the plastic) into a large flat disk. Roll the disk to a 10 1/2-inch by 13-inch rectangle. Place the parchment with the dough still on it, on the baking sheet pan. Brush the top with the egg white. Use the tip of a paring knife to score all the way through the dough to form 1 1/2-inch squares. (You should get 52-56 squares). Place a pecan half in the center of each square.

4. Bake 15-18 minutes, until golden brown and cooked through. Remove from the oven and let cool 10 minutes before re-scoring the squares. Allow the cookies to cool 10 more minutes; gently transfer to a wire rack to cool. (They will crisp as they cool).