I hate when my kids call me from ambulances.

“Hi Mom. I’m okay but I’ve been in an accident and I am in an ambulance”.

Bad connection and all, I heard in the pitch of Zak’s voice that he was only a certain kind of okay. As in, he had all his body parts and could breathe, but something was very wrong.

It was a dark and stormy night. (Really.) Zak and his girlfriend Hope were driving from school to Cape Cod, where they planned to spend spring break building and moving barges for their company, Wellfleet Sea Salt. They lived on the Cape last summer and worked on the business full time; since then they have made the five-hour drive from school many weekends and school breaks as they grow the business. Last week, spring break, was an especially important one for them; they planned to build a third barge, find housing for when they graduate in May and more.

In the off-season when they go to the Cape, they stay at Hope’s parents’ house, which is on a small island. In order to get to the house, they time their journey carefully: the bridge to the island floods at high tide. Last Thursday, they timed their trip from Saratoga to the Cape so they would arrive 50 minutes before the tides came in.

As they headed across the tiny bridge in the pitch black, the winds were driving the rain sideways. Zak had trouble seeing the road: they inched across at 5 miles an hour. And then the road was gone. Gone. The car stalled out. Zak opened the door to give it a push, and his feet hit the water. He got in, slammed the door and called 911. The nose of the car was in the water, and ocean was starting to seep in. The storm was causing tidal surges, and the water was getting deeper.

They stayed on the phone with the dispatcher: the rescue workers were having a hard time getting to them by boat. Zak found a flashlight and left the fog lights on, but outside the ice cold storm water was up to the windows. Inside, the water had reached Zak’s waist; Hope managed to crouch up on the seat to keep her legs somewhat dry. (They also kept her pet rabbit, who was in his carrier, dry.) They couldn’t get out of the car—they’d be stepping into the 38-degree ocean.  They waited, trapped, for the rescue workers to get to them.

My boy, his girl and her rabbit were trapped in a car filling with painfully cold stormy ocean water. In the pitch black. I get a sickening flutter of terror and claustrophobia each time I think about it.

After 40 minutes, the rescue boats reached them. They were put in ambulances—Zak and the rabbit in one and Hope in the other—and EMTs brought their cold bodies, which had now been exposed to frigid ocean water for 40 minutes, back to a safe temperature.

Two of the crew of fourteen to seventeen emergency responders also ended up in the hospital. Captain Tom Ferreira and firefighter/paramedic Curtis Gelatt from Wellfleet Fire and Rescue got in the water in order to pull the kids from the car. In order to save Zak, Hope (and the rabbit!) they put themselves in danger.

I am not sure I have the names of everyone who helped save my son Zak, beautiful Hope and her bunny (who may or may not be wonderful: we haven’t met). But here are the names I do have– names of the men and women for whom I feel the kind of profound, worshipful gratitude a mother feels when her son’s life has been saved.

Please take a moment to read the names aloud and know you have spoken of heroes.

From Wellfleet Fire and Rescue:

Special thanks also to Theresa Townsend and Sergeant Brazile for their help sorting through the mess of the aftermath.

Oh, and that photo of the grilled cheese you saw at the beginning of this story? That is the first thing this Mom feeds her boy when she can feel him breathing and alive right next to her again.

How to Make a Perfect Grilled Cheese Sandwich

The key is cooking both sides of each piece of bread in the warm butter.

1. Melt a generous pat of butter in a small skillet over low heat.

2. Place a slice of whole grain bread in the skillet; when the underside is lightly golden, in about 2 minutes, remove the bread from the pan.

3. Place a second slice of whole grain bread in the skillet and when the underside is lightly golden (about 2 minutes), turn the bread over and top it with three layers of thinly sliced Kerrygold reserve cheddar.

4. Place the first slice of bread, golden buttery side facing down, on top of the cheese and press lightly. Cook until the underside of the sandwich is golden and toasted, then turn the sandwich over. (Before turning the bread over, if you feel there is not enough butter in the pan, remove the sandwich and melt another little pat of butter in the skillet. Return the sandwich to the skillet only once the additional butter is melted.) Press the top lightly with the spatula and again cook until the underside is golden and toasted and the cheese is oozy and melted.

5. Remove from the skillet with a large flat spatula; cut corner to corner to form two triangles.

Please note that I have done my best to list all the heroes who saved the kids’ (and bunny’s) lives on March 7th. If I have missed anyone or misspelled names, please know that it is not for lack of heartfelt appreciation. 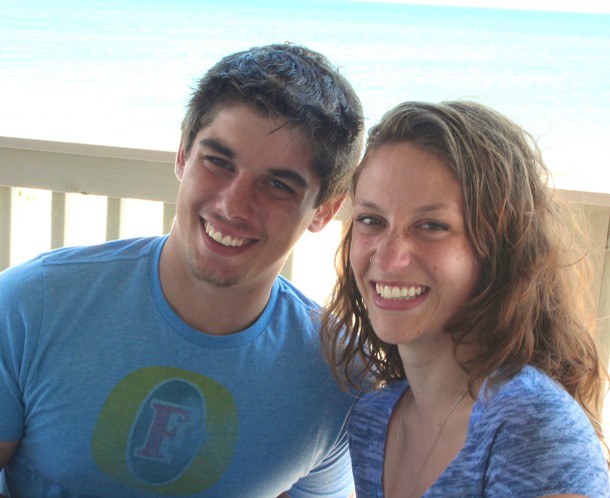 Zak and Hope on the Cape last summer