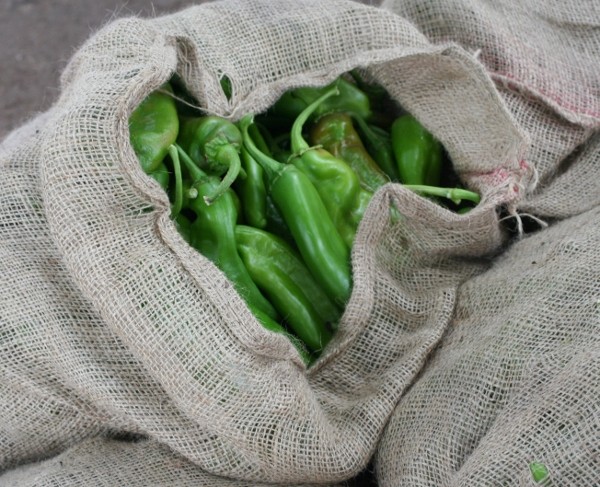 It is in the days after I come home from traveling, as I tell friends and colleagues about the trip,  I see—through the editing process called conversation—what really stood out for me about a place. While on a recent trip to Albuquerque, I was too busy enjoying myself — toodling around with great company, dining until I thought I’d burst, touring cultural centers and more– to be able to articulate anything about the nature of the place.

With a few days behind me, Albuquerque settles in to its character for me.  It is a thankfully unpolished city whose inhabitants seem driven by respect for the earth and genuine pride in their history, arts, culture and food.

I went to Albuquerque for work, but here is why I will return on my own dime…

First, it won’t take a lot of dimes to have great travel experiences in Albuquerque. We stayed at the beautiful, green and historic boutique Hotel Andaluz where rates start as low as $139. This is an award- winning, highly rated hotel, which makes the price an extraordinary bargain. Clearly, I wouldn’t want to go to Albuquerque just to stay in a nice hotel– there have to be experiences that make my eyes, heart and palate happy, too. (But it really helps when I don’t use up my entire travel budget on sleeping!) 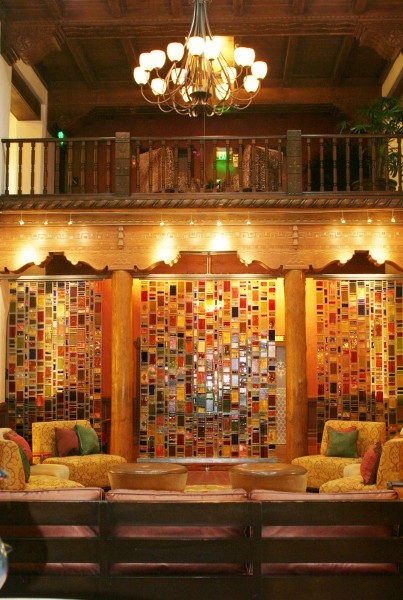 Lobby in the Hotel Andaluz in Albuquerque

I like seeing most cities by foot. I’d rather walk in the neighborhoods where I can see the people, smell the food, engage the shopkeepers and get to know the spirit and culture of the place. And I have to admit, where ever we are in the world, we try to go to the local grocery  store—what better way to know what the people of the region are truly eating?!

We got to know Albuquerque on these very cool looking rental bikes from Routes, Rentals & Tours. You can rent the bikes on your own, or get a tour from co-owners Heather and Josh, whose love for their city – and bikes– is charmingly apparent.  The distinctive colors of the bikes, by the way, were great conversation starters when we went to the downtown farmers market. 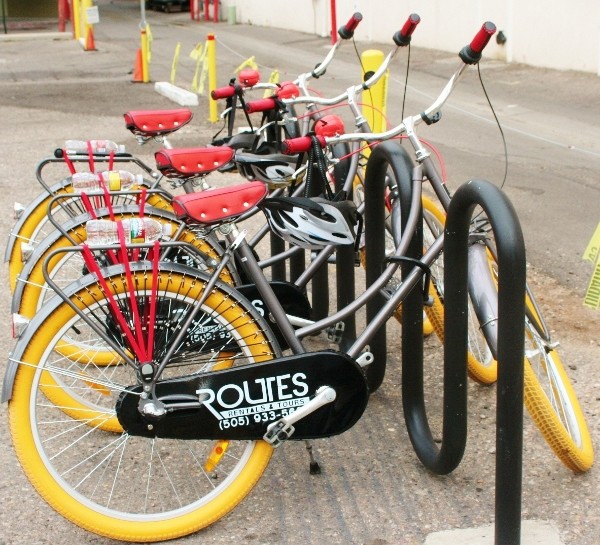 The solar powered farmers market, mentioned in my last post here features all local New Mexican produce, artisans artists, musicians, bakeries, and more. And it smelled better than any open air market I have ever been in anywhere in the world. I loved strolling around the market, talking with local farmers, cooks, and food lovers while trying to inhale as much of that roasted pepper perfume as I could.

We also met one farm family on their own turf. Just outside the city, the fourth generation Wagners Farms works 125 acres of land and sells the resulting produce during harvest season at the farm store. Jimmy Wagner says their mission is to “preserve, protect and share New Mexican agricultural heritage”. In the picture below, you can see him with his wife Roxanne and son Seth doing just that —and spreading the chili love, too. We brought home two bags of chilis (one hot and the other masochistic) and promptly used them up making these pizzas. 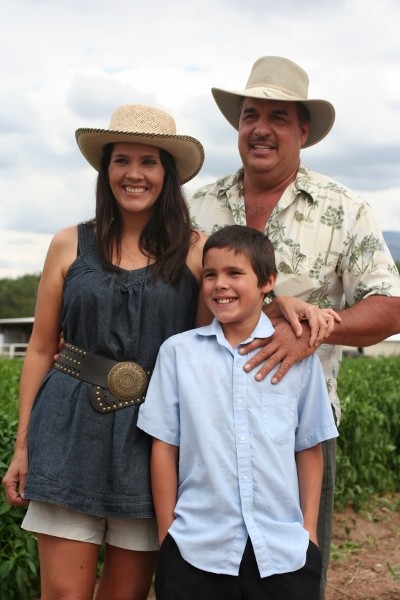 Roxanne, Jimmy and Seth Wagner in front of fields of chilies

Biscochitos, a shortbread cookie flavored with cinnamon and anise, is the official state cookie of New Mexico. Wise choice! I suggest you sample them every chance you get while in Albuquerque. Our first taste was at the Golden Crown Panaderia, a bakery specializing in New Mexican pizzas (such as those with blue corn or green chili crusts) baked goods, and whimsically shaped breads. But in the name of science, I suggest you try biscochitos everywhere you go. 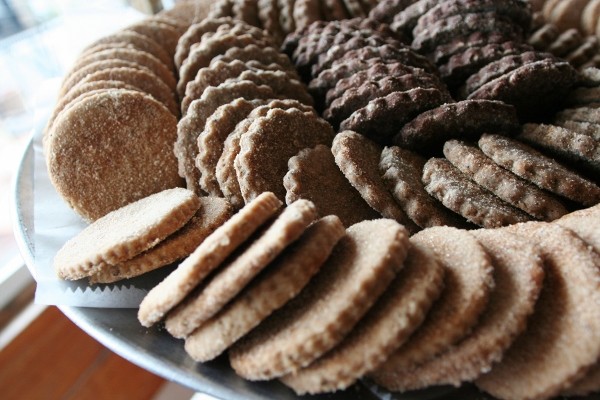 Food is an integral part of New Mexican culture and spiritual life. A visit to the not-to-be-missed Indian Pueblo Center not only taught us more about the history and beliefs of the Pueblo Indians, but also the role food plays in every aspect of their lives. And yes, we got to eat an extraordinary multi-course breakfast of traditional dishes at their in-house restaurants (which locals love). This was the most intriguing meal we had on our trip to Albuquerque. 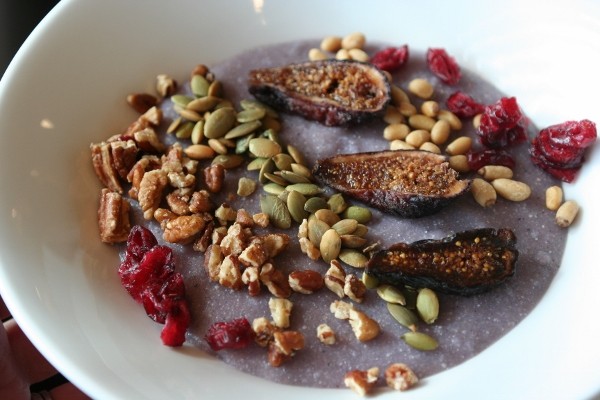 The breakfast began with Blue Corn Atole (above), which we topped with a variety of nuts, seeds and dried fruit. If I could eat this porridge daily instead of oatmeal, I would. During this first course, we learned that it is traditional to have a spirit bowl on the table—a small bowl where every diner deposits just a little of their meal to give thanks to the spirits. 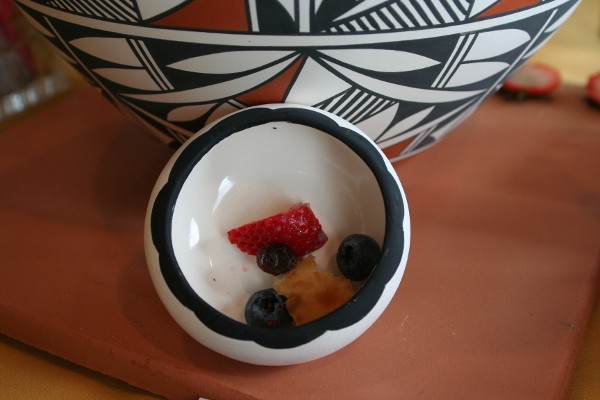 We sampled many, many dishes that morning. The Atole was my favorite, but there were some other close calls. Here are just a few of the other traditional dishes we tasted: 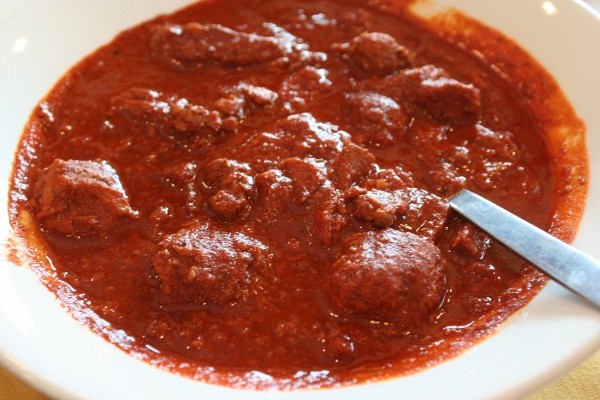 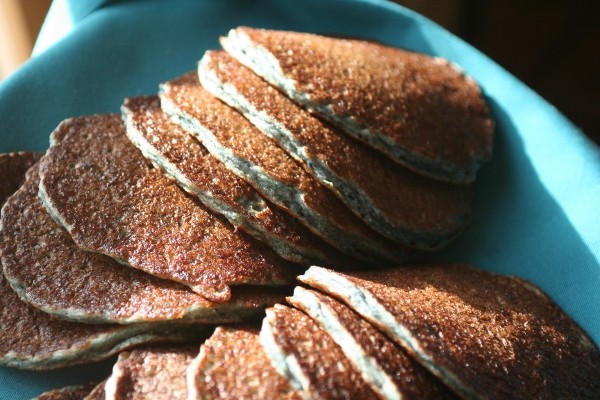 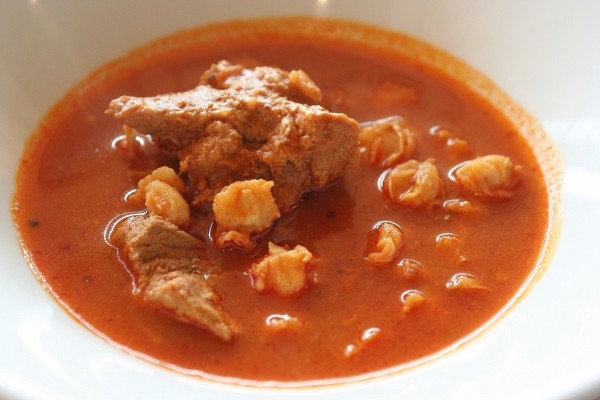 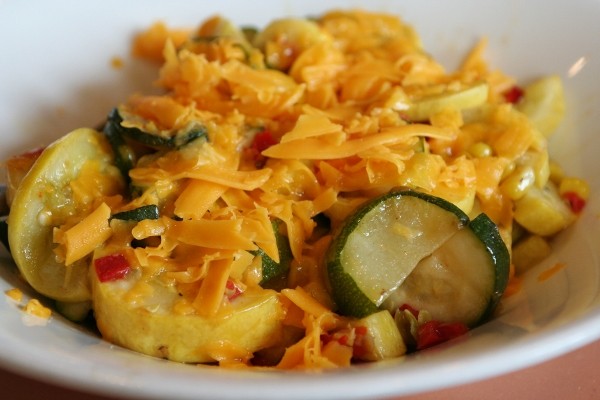 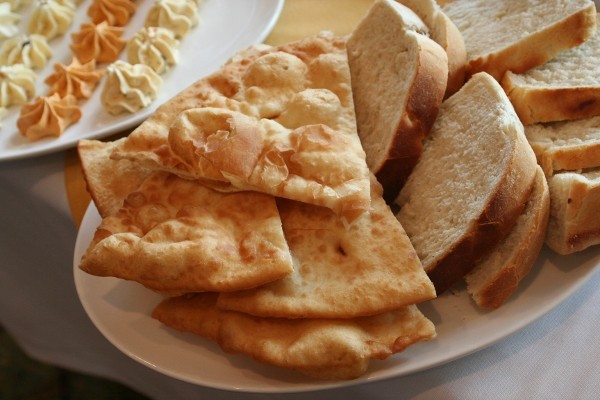 Now, even though it has little to do with eating food,  I will spend an entire day at the National Hispanic Cultural Center when I return. This is an extraordinary campus filled with traditional to contemporary works of art: there is a Hispanic art collection, a sculpture garden, visual arts theater, several stages for performing arts, and El Torreon, a fresco painted on the interior of a 45-foot tower. No explanation I offer of this campus devoted to Hispanic art and culture will do it justice. Suffice it to say that even with all the wonderful food we ate and the people we met, this was truly a highlight of the trip. 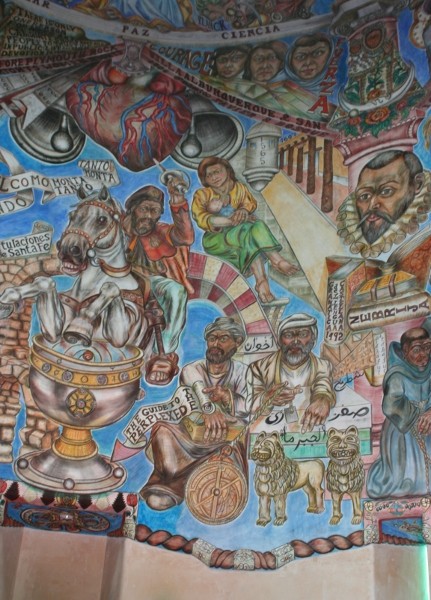 Another must-do: The Los Poblanos Historic Inn and Cultural Center. (Yes, many places use the phrase “cultural center” in their name, and it gets confusing). This is the kind of vacation spot that dreams are made of. (Just ask Albuquerque native Neil Patrick Harris and his family, who were staying in the suite next to us). The property—amid 24 acres of lavender, herbs, flowers and (certified) organic produce,  is on the new Mexico Historic registry. The rooms manage to be both elegant (with every amenity one could hanker for) and rustic.

Peacocks and other wildlife wander freely; our favorite was the sighting of this albino beauty on the roof. 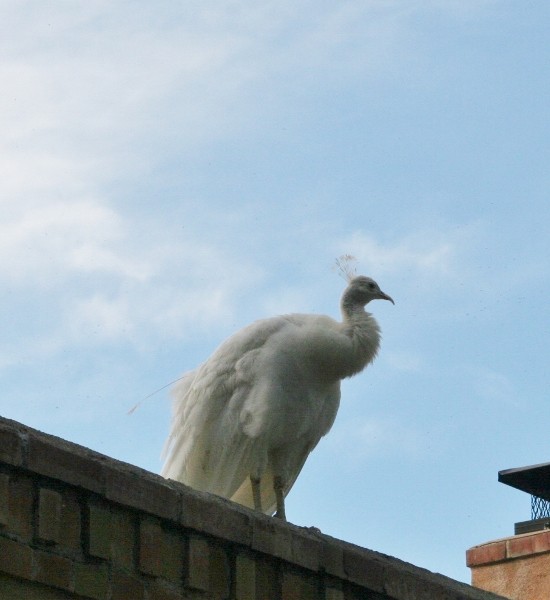 Rooms range from a shockingly low $130 to $360 a night (including a full breakfast) and are worth every penny and more. I wasn’t here long enough to sample the meals or wander the property, and that gives me one more reason I must come back. I feel like we stumbled on a hidden gem; a respite  where the air itself is a peace-inducing lavender-scented elixir.

Oh, Albuquerque, I am in love with you– I will be back soon!