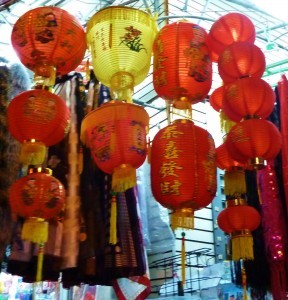 Once a year during the celebration of Chinese New Year, David and I have the honor of being invited to a Chinese banquet hosted by our friends, Norman and ChiChi Weinstein, at the New Mandarin Court in New York City’s Chinatown. I know: Weinstein plus Chinese banquet is hard to compute…but hang on.

Norman is PDF (Pretty Darn Famous) in two areas of culinary expertise: Chinese dining and cooking is one, and knife techniques is another. As for the latter, he has written what many consider to be the seminal book on culinary knife techniques, Mastering Knife Skills: The Essential Guide to the Most Important Tools in Your Kitchen.

Norman has, for many years, taught sold-out classes on knife skills—from basic to professional– at ICE (Institute of Culinary Education). Alas, as part of his on-going move towards retirement, he is no longer teaching those classes to recreational (non-professional) students. But get his book and watch his videos. You’ll be a more efficient cook for it. Here’s one to get you started:

Okay, back to the banquet. This year’s 12-course meal began with what turned out to be my favorite dish of the evening: Pan Fried Fresh Oyster with Ginger and Scallion. The surprisingly large, plump and tender oyster, coated in a light, crunchy batter, was nestled in an oyster shell along with scallions and paper thin slices of fried ginger. I wanted another, but instead was served Three Kinds of Seafood  in a Seafood Nest. 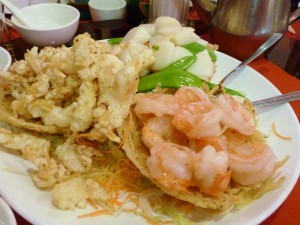 Three Kinds of Seafood in a Seafood Nest

Calamari coated in a puffy, crunchy batter; barely seasoned shrimp flavorful enough in their own right and so perfectly cooked they snapped when I bit them; and moist, sweet scallops boasting a faint line of translucency in the center to boast they’d been cooked just to the moment of doneness and not a nanosecond more. This was a plate that celebrated the inherent sweet and subtle flavors of the seafood. 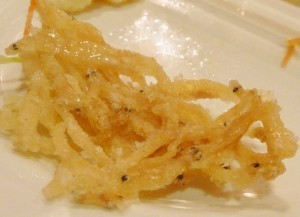 And I can’t help but love that nest, made of tiny little battered and deep fried fish. Look closely, and you’ll see their eyes. 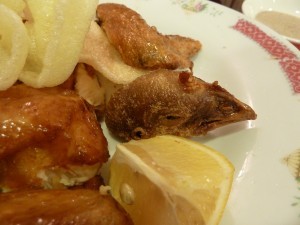 I admire the respect Chinese cuisine has for the entire creature. Our succulent crispy-skinned chicken was presented with the head. Despite the name and texture, the chicken is not deep-fried: hot oil is constantly ladled over the chicken as it cooks. And, Norman tells us to look for the red color near the bone, which indicates that it has been cooked correctly (and not that it is undercooked). Another dish presented head-on is the deep fried boneless carp in a sweet and sour sauce. This popular dish is one I may never learn to appreciate: the carp has a musty flavor and the heavy-handed sweetness of the sauce tastes like a cheap trick to cover it up. 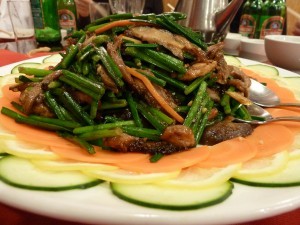 The shredded duck with flowering chives was as robustly flavorful as it was pretty. The tender, rich duck was full of meaty flavor, and the crisp, thick chives were a perfect counterpoint.

But in our twelve-course banquet, filled with flavors that ranged from subtle to booming and presentation that always made a statement, here’s what was best of all: Norman and Chichi Weinstein, hosts extraordinaire. 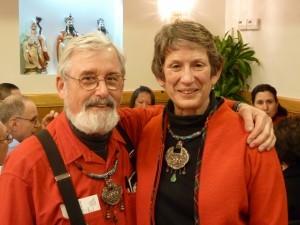 (And here’s my shameless plug: if you’re not fortunate enough to count him among your friends, take one of Norman’s Dim Sum or other tours of Chinatown foods. http://rec.iceculinary.com/Home/ToursAndOffsites)