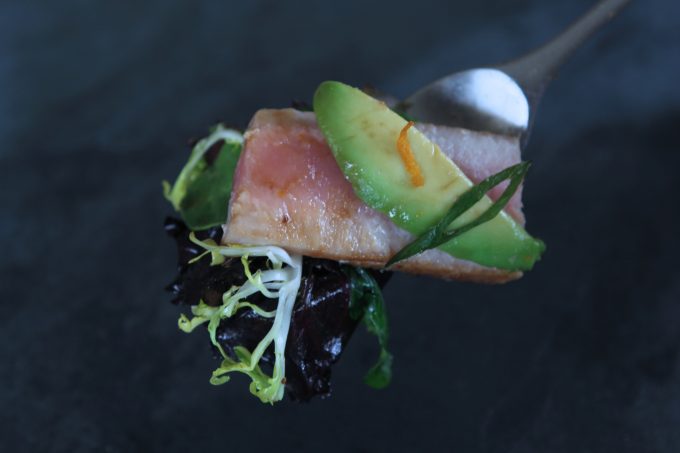 You’re not alone. Across the entire world, people gain more weight in the last week in December than in any other week in the year. That’s according to Cornell University’s Food and Brand Lab, whose professor Brian Wansink also tells us some better news: after January 3rd, we’ll all start losing at least some of it.

When it comes to losing weight, the just-released annual US News Best Diets report can help. A panel of top-notch experts, many of whom I have interviewed in my own reporting for years, rank 38 diets for 9 different criteria, including:

We all know that the diet that works for me might not be the best for you, based on our individual lifestyles, preferences and goals. Still, it helps to know which diets have the most success and which the experts think are the best for you.

In a hurry to lose those new pounds after weeks of debauchery? For fast weight loss, it is no surprise that diets that require you to live on shakes and delivered packaged meals are most effective. After all, when you take choice away, so goes the potential “cheating”. The top diet for quick loss is called HMR, and it is often used in hospitals and other medically supervised settings– but a version called the Healthy Solutions Diet is available to the general public. You have to give up your social life on this diet: eating out and going to parties are off the table in the first weeks, and difficult thereafter. This diet may rank high for best fast weight loss, but for most people with a moderate amount of weight to lose, it is too much of a sacrifice.

The better news is that HMR tied with Weight Watchers for fast loss, and Weight Watchers is a diet most people can live with. I’m not saying Weight Watchers is fun or easy– you still can’t have a couple of drinks every night or a honkin’ big slice of cheesecake. But you can answer most cravings in moderation, and research proves it works. Here’s the key: the panel of experts also ranked Weight Watchers as tied for #1 (with four other diets) as easiest to follow. (The other three were the Fertility, Mediterranean and MIND diets).

Is 2017 your year for a healthier diet? Forget about diets that cut out entire food groups or are super-low calorie. The diet that ranked lowest was the best selling Whole30, which eliminates sugar, grains, legumes and dairy and is all about “nutritional reset, designed to help you put an end to unhealthy cravings and habits, restore a healthy metabolism, heal your digestive tract and balance your immune system.” The experts massacred the “…Nonsensical claims. Extreme. Restrictive.” It tied with the Raw Food Diet as “the worst of the worst for healthy eating.” Dukan, Paleo and Atkins all huddled with them at the bottom of the heap.

The DASH diet, originally created to help reduce blood pressure, ranked highest in healthy diets, but #12 for weight loss. It is a well-balanced diet that emphasizes lots of produce and whole grains, restricts salty and sugary food, and limits red meat and alcohol: exactly what we all know we should be eating. It’s no surprise that the somewhat sexier Mediterranean Diet came in a close second: it also emphasizes produce, whole grains and healthy fats and calls for limits on red meat, sugar and saturated fat– and allows a glass of red wine with dinner. The Mediterranean diet emphasis is more on what you should than shouldn’t have. Like DASH, its goal is overall health and disease prevention.

Yeah, you want to dump that holiday puff, but you’d also like to get rid of the extra weight that’s been lurking far longer. Experts ranked Weight Watchers at #1 for long-term weight loss, too. The newest WW program (launched in 2015) is not only geared to weight loss, but also rewards healthier choices and exercise.The company claims dieters lose 15% more weight on the new program, but no independent research is available.

Not surprisingly, Jenny Craig came in second: it is an effective but costly program which requires buying their pre-packaged frozen meals and snacks. As with the HMR program, when your meals are pre-made and pre-portioned, it keeps you from eating more than your allotted calories– and in this case, keeps the nutrients fairly well balanced. (Jenny Craig came in #10 of overall healthy diets). The long-term drawback here is that you won’t want to buy or live on packaged foods forever.

Tied for second place is the oft overlooked Volumetrics diet, which was pioneered by an esteemed researcher at Penn State. The Volumetrics diet is about satiety: filling up on foods that are low in calories (aka energy density) so you feel satisfied. Think of snacking on popcorn instead of potato chips, eating more salad and vegetables and less steak. You eat lots of produce, whole grains and lean protein and dairy. And if you want a drink, go ahead– but do it the Volumetrics way and go for a light beer, wine coolers (ew), and alcohol mixed with club soda. The diet notably ranked #4 in overall healthy eating.

Bottom Line: Long term weight loss calls for a sustainable program, which puts a diet based on pre-packaged foods off my list. Go for the tried and true Weight Watchers if you like more structure, support and guidance, and Volumetrics as a way to approach every food choice for the better.

After poring through the extensive research and tallying of the US News Best Diets 2017 report, every top choice, for every diet goal, points in the same direction. Do even more of what your mother always told you: eat your vegetables.