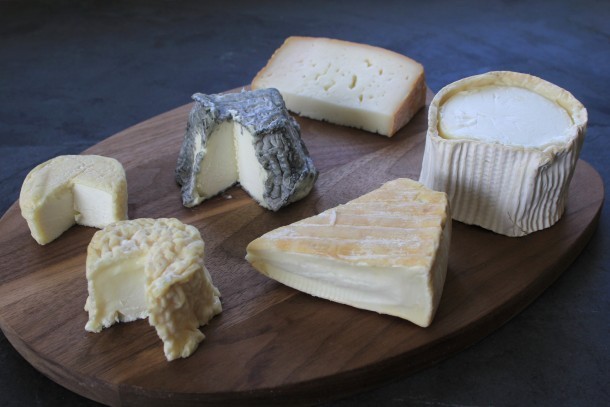 It’s really kind of silly because goat cheeses can be as varied as, well, cheddar and blue. The photo above shows six French goat cheeses recently sent to me as part of an outreach by an organization called Goat Cheeses of France to educate the US cheese consumer. And so, for the sake of you, Dear Reader, and in the name of science and education, I nibbled and scribbled my way through those cheeses, tasting and making notes in order to make this country of ours more goat cheese-aware. You’re welcome.

When many of us think of “goat cheese”, it is the image of a pure white log of cheese with no rind that comes to mind. That is actually fresh goat cheese, which is mild-tasting, soft and spreadable and can be easily crumbled into a salad, or paired with slices of juicy peach and drizzled with just a touch of honey. But I digress. I really want to tell you about the ripened cheeses pictured above.

Boucheron (aka Bûcheron and Bucheron) 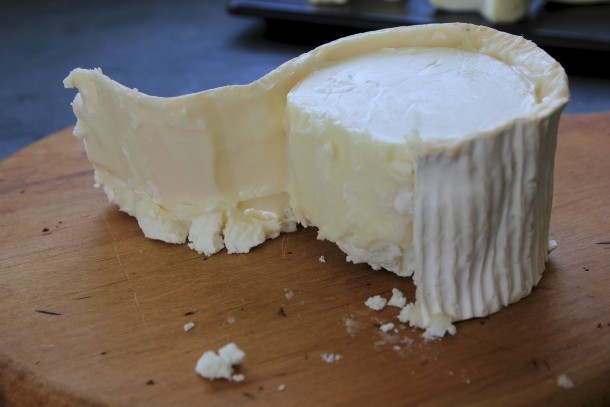 Nearly as familiar to many cheese lovers as the ubiquitous* fresh log, Boucheron  (pronounced as boo-sher-on) has a soft, ribbed rind and sometimes seems as though you’re getting two cheeses in one. The outer ivory-colored layer  can be creamy, rich and soft– like warm butter,  (especially when allowed to sit out a bit)– and the brighter white interior is chalky, with a lemon-y tang– like a more intense version of fresh goat cheese. Boucheron served with slices of ripe fig restores balance and peace to the universe. 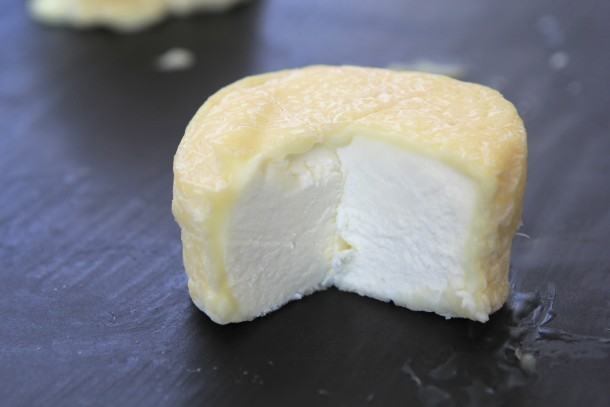 Like so many of us, Crottin (crow-tan) is light and charming when young, and grand and beguiling when aged. This soft ripened cheese from the Loire valley starts out with a soft white rind, which *sigh* ripples and darkens as it ages. The cheese does dry a bit (as much as it pains me to admit it) but also develops more complex, interesting flavor that is both herbaceous and nutty. Crottin can be consumed in various stages of the ripening process, including at the point where it has aged enough to develop a black exterior. Crottin is made in these small disks (as pictured) and as it ages, they become more dense and lighter. (If only!) One town away from where the famous Crottin de Chavignol has been made since the 16th century, you will find it’s perfect drinking companion: Sancerre. 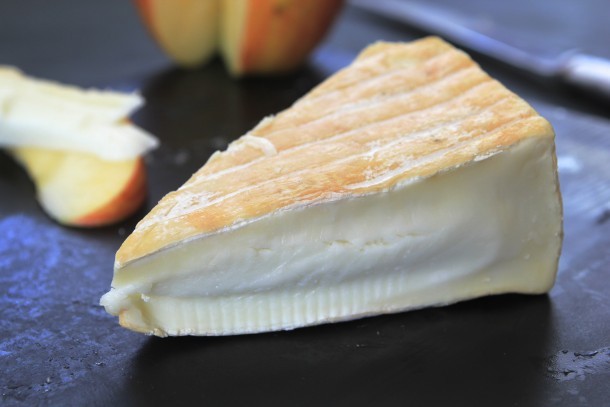 Florette (flow-ret) is the brie of the goat cheese world. It even looks it, doesn’t it? Actually, while brie is normally a big round disk, Florette is a hexagon. It has a far creamier, mild flavor than we usually associate with goat cheese, although it does have a hint of the distinctive goat cheese aroma. The Rhone cheese is made with pasteurized goat’s milk, which helps soften the classic goat cheese presence. If you happen to come upon a Florette, don’t hesitate to substitute it for brie in this recipe we created for PotsandPans.com for Baked Brie Stuffed with Fennel, Dried Cranberries and Port. 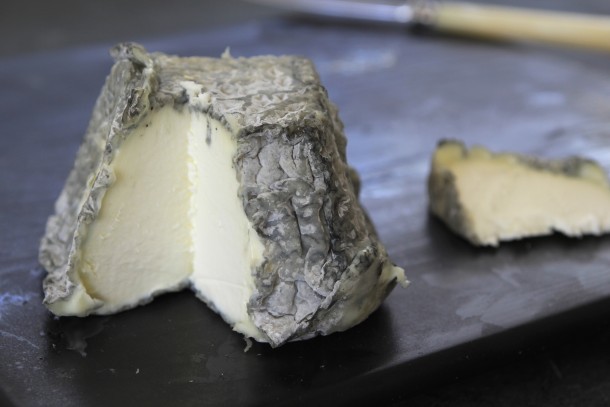 This blue-grey ash covered pyramid is certified AOC (Appellation d’origine contrôlée), which only 14 French goat cheeses have been awarded– but only only when it is made with raw milk. Alas, to import it to the US, the milk must be pasteurized, so it tastes somewhat different from the version you will have in the Centre region. But do not cry: even the pasteurized version has that lovely woodsy, mineral flavor and bright tang, along with the requisite dense, smooth texture.

And here’s a fun little factoid about this distinctive tasting– and looking– cheese. See how it looks like a pyramid with it’s top cut off? Legend has it Napoleon was in a dither when he stopped in at the Château de Valançay on his way back from a war with Egypt (and Syria) that hadn’t gone well. After an elaborate dinner, the local cheese, which was then shaped like a full pointy-topped pyramid, was served, reminding Napoleon of his loss in Egypt. Enraged, he jumped to his feet, drew his sword, and lopped off the top of the cheese. Seems like Little Bonaparte could use some anger management therapy. Or more wine with his cheese, maybe.

This washed-rind cheese from the Pyrenees looks very different from all others because it is aged and pressed until it is firm.  It has an orange-brown rind and mild, mushroom-like savory flavor with a mild sweet finish, and a little of that “stinky cheese” aroma. I would love to pile thin slices on pumpernickel bread with thick, juicy slices of tomato, slather the bread with butter and turn it into a luscious grilled cheese sandwich. 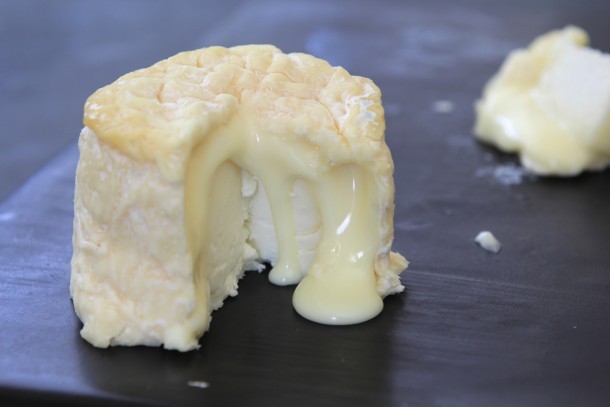 Say this: sha-be-shoe de pwa-two. Say it, and never forget it. This is another AOC cheese, but I can’t focus to think that deeply about it.

I am going to try to be polite while describing this cheese, but it will be very difficult. Because– well, look at it! Can you believe the brazen sultriness?! That wrinkled rind you see is, of course, edible, and provides a much needed contrast  from the lusty, oozing, buttery goo that slithers down the firm, creamy interior.  It smells musky and goat-y, but tastes sweet and faintly tangy. Good manners prevent me from offering serving suggestions.

Alright, people, My work here is finished. Go discover the world of French goat cheeses, knowing it extends far beyond that lovely little bright white log in the supermarket.