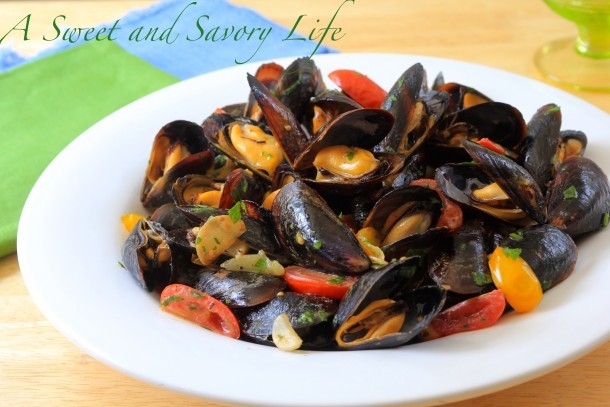 I first had grilled mussels in 2006. That was my Year of Mussels: in July we visited the South of France, and in the fall I explored mussel and oyster farms on Prince Edward Island (I also attended an oyster shucking contest in PEI and hung out with the contestants while they partied, vigorously, afterwards. But that is a story for another time.)

In France that year we discovered the great pleasure of drinking Noilly Prat vermouth on the rocks with a slice of orange as an aperitif. We also saw (and toured) giant mussel “farms” that are much like vegetable farms. Mussel seeds are “planted” along ropes that hang into the water… 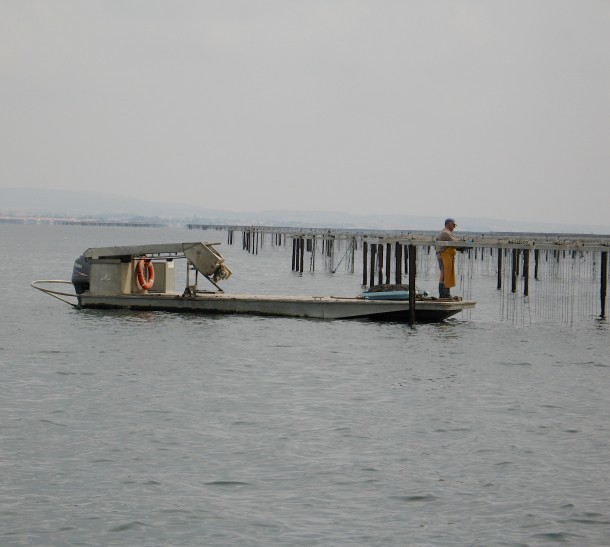 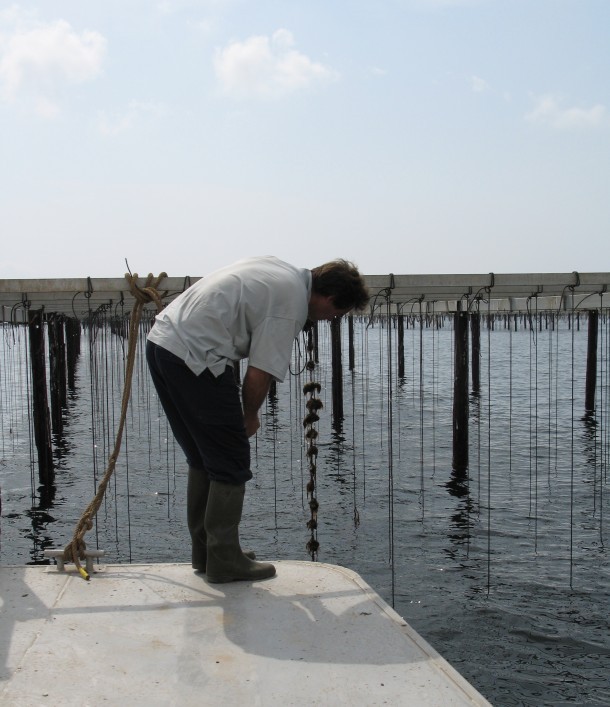 Until they grow into their full size. 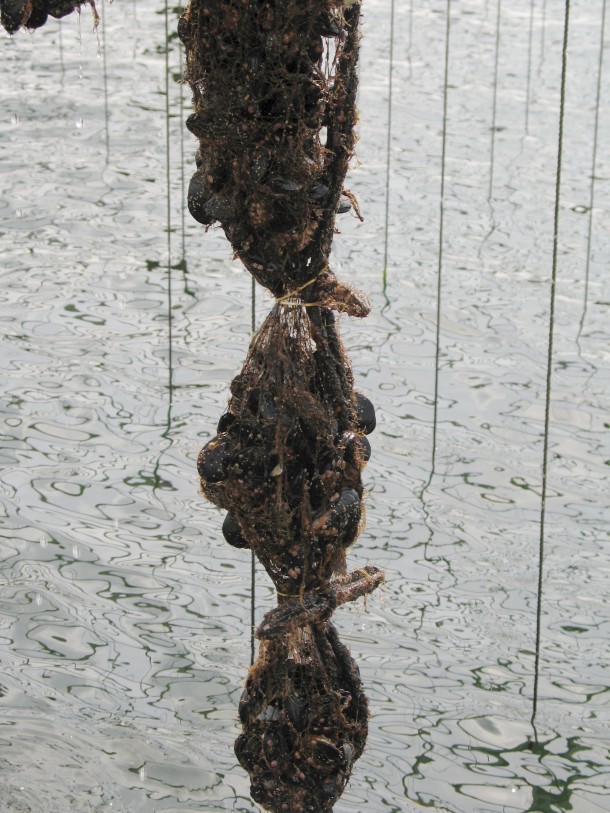 It was on this trip, at this farm, we first had grilled mussels. It seemed so crazy that we had never cooked them this way! 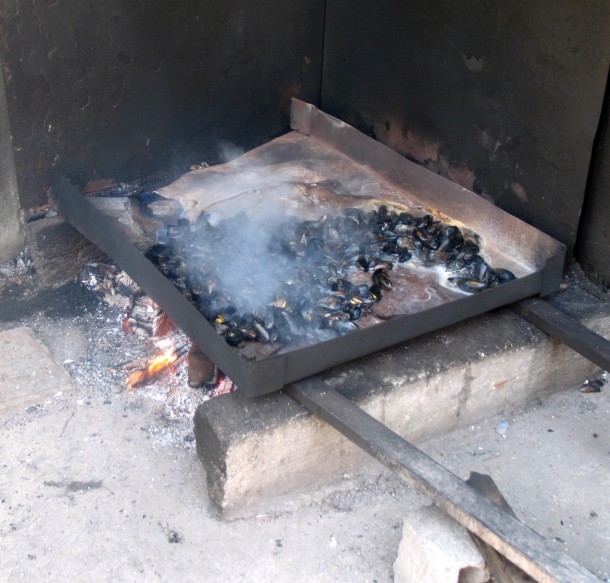 They went from rope to grill to platter in just minutes. 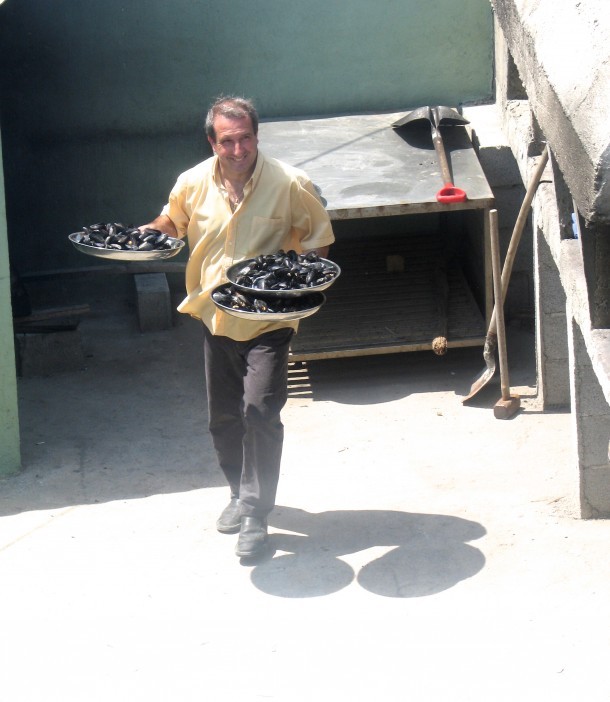 The flavor– the slight smokiness mixed with the sea– and the texture– plump, juicy and tender– made it one of those great culinary “aha” moments.

Grill mussels at home. If you want to serve them with a sauce or dressing, be sure to make it first, because the mussels will be cooked– open and ready to eat– in about 3 minutes. Great flavor and texture, ready in three minutes– and there’s no pan to wash. Score!

Are you worried the pre-cooking prep for mussels is complicated, or involves many steps of cleaning and de-bearding? Worry no more– it couldn’t be easier. Check it out here: Fast, Cheap and Easy: How to Cook Mussels

The sauce may be made in advance. You can also sauté onion and fennel along with the garlic, add a little white wine or vermouth if you like, and stir in chopped plum or quartered cherry tomatoes.